skip to main | skip to sidebar

The Danger Of The "True Forced Loneliness" Movement 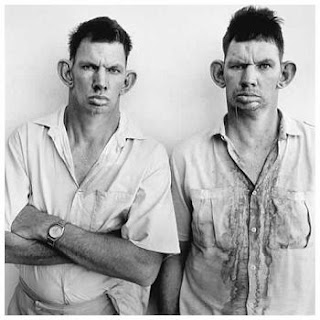 When madman George Sodini went on a murderous rampage at a fitness center, many Americans were shocked at the motive. Sodini was a sexually frustrated, socially inept man whose pent-up anger blew over in the form of shooting innocent women. The concerning thing about Sodini is that he is not alone.

There is a movement called True Forced Loneliness (TFL) making the rounds on YouTube. The proponents of TFL claim that they are being forced to be lonely because of society's judgmental culture of high expectations in courtship. This, in turn, causes men to be left without mates.

There are many problems with this theory, but first, any look at a TFL proponent will yield instantaneous evidence as to why they are alone in the first place. Let's take Dwayne Holloway, the verbose spokesperson of TFL on YouTube. Dwayne is an articulate yet morbidly obese, and off-kilter man who is at a loss as to why women don't give him the time of day. When people point out the superficial reasons he falls short in the dating game, Dwayne is angrily adamant that his appearance "should not matter" in his search for mate.

Dwayne and the other TFL followers tend to exhibit fundamental misunderstandings (or dismissals) of human nature. But all that aside, the undercurrent of TFL is that violence, a la George Sodini, is the natural consequence of rejecting men who feel they should not be rejected. Therein lies the dangerous powderkeg of TFL.
If you peruse the TFL commentaries on the George Sodini murders, the recurring theme is that they "understand" why he did it. Even though they pepper their commentary with how they do not condone the murders (gee thanks), the sentiment is barely under the surface.

Moreover, I recently examined the TFL website and was shocked to discover a photo of the murdered Asia McGowan scrolling across the screen. McGowan was shot by a mentally disturbed YouTube personality, Anthony Powell, who grew distressed when McGowan did not reciprocate his feelings for her. Powell then shot himself. It was later discovered that Powell suffered from mental illness for many years.

The TFL crowd reveres Powell as a patron saint and they feature a video of McGowan in a thinly disguised warning masquerading as a "memorial" to her.

Folks, these guys are DANGEROUS. Expect to hear about this TFL thing in the news; and remember, you heard it here first.
Posted by The Contrarian Expatriate at 8:01 PM

The Contrarian Expatriate
I am an American who has lived in various regions in the USA and has traveled to over 85 countries. Extensive travel has opened my eyes to the many myths firmly held by most Americans, the first of which is the notion that America is the best nation in the world. Perhaps it was in the past, but it is anything but now. In this blog, I explore why.